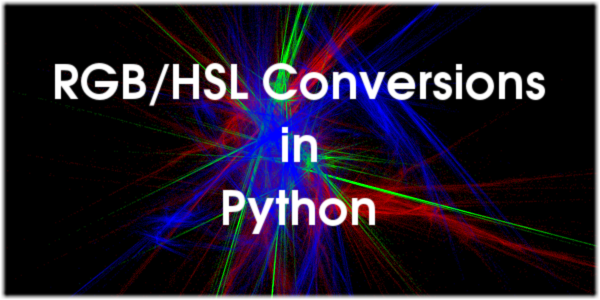 The most common ways of encoding colour values are RGB (red, green and blue) and HSL (hue, saturation and lightness). I will show how you can convert between the two in Python.

A while ago I wrote a post called Colour Converter in C about converting RGB (red/green/blue) values to HSL (hue/saturation/lightness) and back again. As part of a project which I am planning I need to be able to do the same in Python and was intending to re-write the C in Python, or probably Cython. However, I then found a module called colorsys in an obscure corner of the Python Standard Library. This module includes functions to do the conversions I will need, and in this post I will demonstrate using them to create an array of HSL values from a Pillow image, and then convert these back to RGB to create a new identical image.

This project consists of one short file called rgbhsl.py which you can download as a zip, or clone/download the Github repository if you prefer.

This is the source code listing for the entire file.

The colorsys module is part of the Python Standard Library, but this project also uses a numpy array and the Pillow imaging library which you will need to install if you don't already have them.

This is just a short function to open a Pillow image, and then call functions to create our HSL array, create a new image from the array and then save it.

Firstly we need to get an array of pixels using the Pillow image's load method, and also an empty three-dimensional numpy array. The first two dimensions are the rows and columns in the image, the third having a fixed size of 3 for the HSL values. The array has a float type because saturation and lightness values can contain decimal fractions.

We then set the three third-dimension values to the hue, lightness and saturation values respectively. After the loop exits we just return the array.

Firstly we create a new Pillow image the same size as the numpy array, after which we effectively reverse the process carried out by create_hls_array.

Within nested loops for the rows and columns we call colorsys.hls_to_rgb (again note the HLS rather than HSL) to get a tuple of RGB values. Remember these are decimals from 0 to 1 so then need to be multiplied by 255 and cast to ints. Finally we set the relevant pixel to the RGB value. After the loops we just need to return the new image.

I tried out the program with the following image which is called canterbury.jpg, and hard-coded the filename. You will probably want to use you own image so just change the open and save filenames in main before running the program. 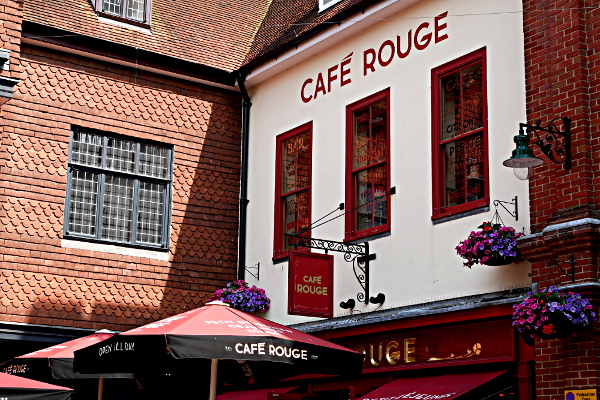 The program is inevitably slow as it has to read and write each pixel, but when it has run you will find a new image file identical to the original.

As I mentioned at the top this is just a small but vital part of a much larger project which I will begin to release into the wild in the coming months.